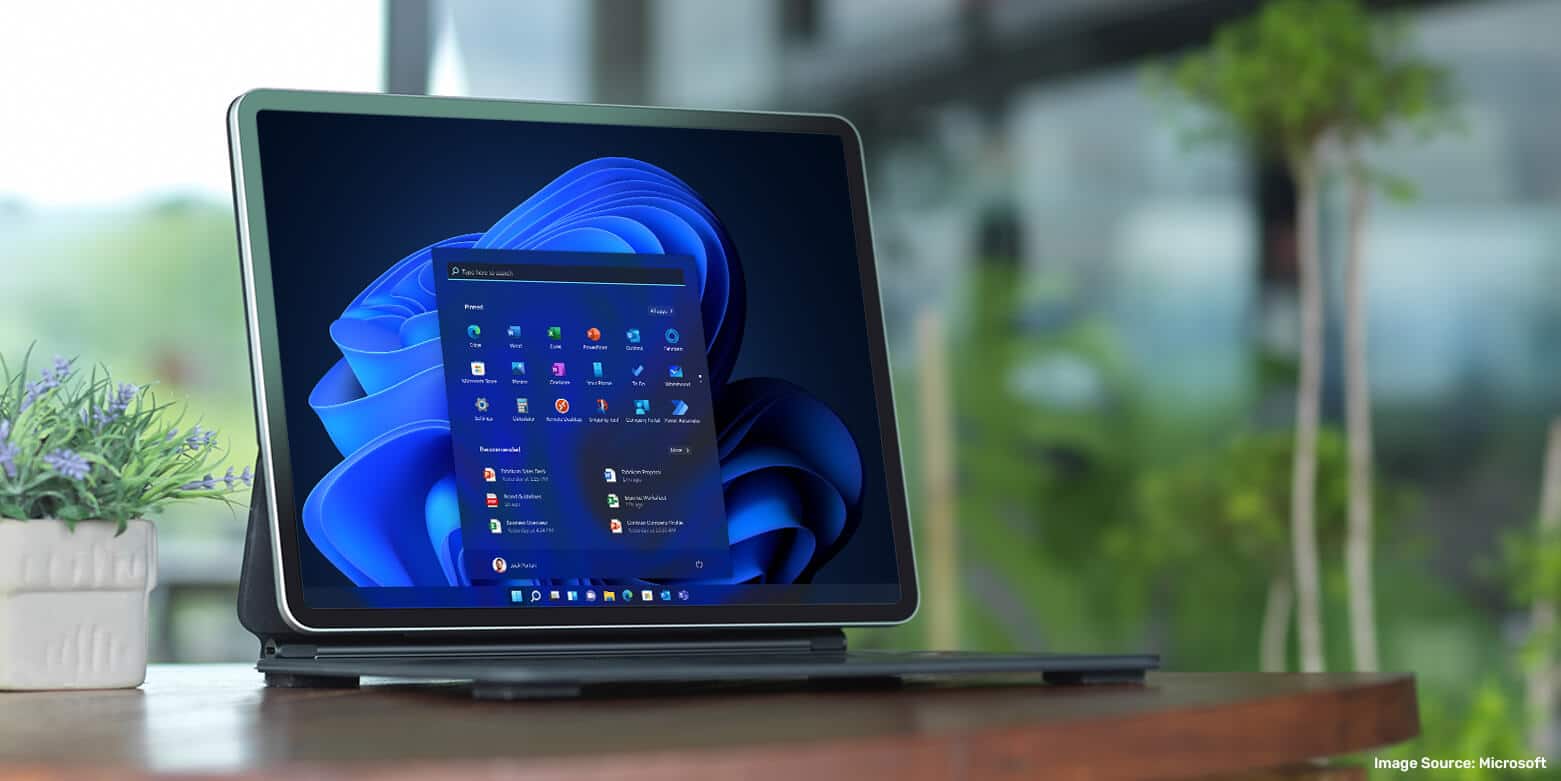 The next-generation version of Microsoft’s operating system, Windows 11, was announced last summer and became available at the end of 2021. The single-most noticeable change from older versions? Probably the Taskbar’s Start button and other items now being centered by default, rather than aligned on the left like previous versions of Windows. While you can change it back, the taskbar itself can only be located at the bottom of the screen in Windows 11.

Eligible Windows 10 computers can download the upgrade to Win11 for free; however, eligibility requires a compatible 64-bit CPU, at least 4 GB of RAM, at least 64 GB of storage (drive) space, and UEFI, Secure Boot, and TPM (Trusted Platform Module) 2.0 enabled. Microsoft’s free PC Health Check app can be run to check whether or not your current system can be upgraded. Before upgrading, it’s important to verify that any applications you currently use, or plan to use in the near future, will run and be supported on the new OS, either as-is or with an upgrade or patch. The latest versions of Medisoft (26) and Lytec (2022) are supported on Windows 11, but older versions are not.

Microsoft Windows remains the most commonly-used computer operating system in the world. With this upgrade, the company clearly aims to keep competing with Apple and Google to stay on top. Apple’s macOS Big Sur and Monterey can now run iOS and iPadOS apps natively on M1-powered Macintosh computers. Chromebooks can install Android apps… and Windows 11 PCs can, too, with hardware virtualization enabled. While Microsoft isn’t allowing the Google Play Store on its OS, the Amazon Appstore is available (via the Microsoft Store, which itself has many more applications than it did previously), and while it doesn’t have as many apps as Google’s store, the ones it does have seem to work well.

If you’ve been clinging to Internet Explorer, well, it’s nowhere to be found in Windows 11 (and is being retired in Windows 10 this June). The included Microsoft Edge browser does have IE mode for those sites and applications that lag behind. Another area where Microsoft is playing catch-up with Apple is Widgets. While Windows has had various widget-like functionality since Vista, it hasn’t yet taken off the way macOS’ Notification Center widgets has. Conversely, while macOS doesn’t support touch, Windows already does and 11’s touch keyboard and pen experience make working on a 2-in-1 device more convenient. File Explorer is finally getting a visual refresh, and like macOS’ Finder will include tabs to allow you to browse multiple folders from just one window.

Smart App Control is a new security feature in Windows 11, though if you upgraded or installed the OS before this feature was implemented, your device will need to be ‘reset’ and reinstalled in order to use it. Smart App Control checks applications you download and install for any potential threat, and Microsoft Defender SmartScreen aids in protecting against phishing attacks, showing that Microsoft is serious about leveraging both hardware and software to improve users’ security.

It’s tempting to cling to your old, familiar operating system when an upgrade includes many cosmetic and “under-the hood” changes, and indeed, it’s often best to wait a few weeks for the inevitable bugs to surface and be addressed with updates. In the end, though, if you want to continue running current, modern applications with the latest security features in place, your best bet is to make the leap… and Microwize can help make it as seamless as possible!