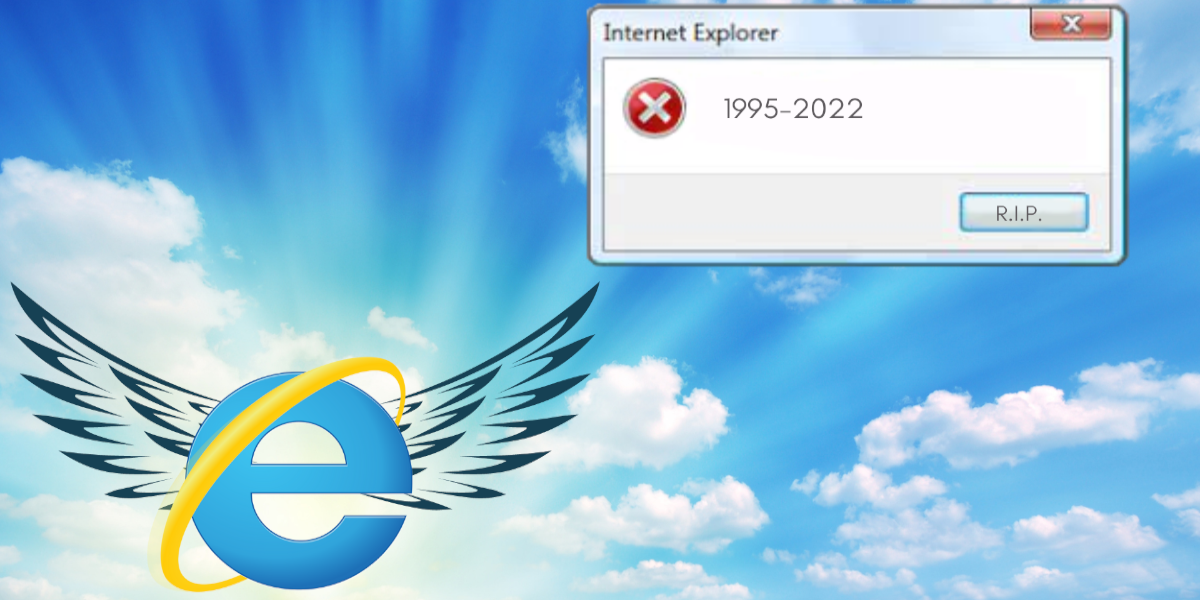 Microsoft is finally retiring the long-in-the-tooth Internet Explorer browser seven years after launching its replacement, Microsoft Edge, and 27 years after IE was first introduced as an add-on for Windows 95. The Redmond, WA-based tech giant will disable the Internet Explorer desktop application on June 15, 2022 for certain versions of Windows 10. Launching IE after that will redirect users to Edge instead.

Internet Explorer Once the Top Browser

Many Web sites, apps, and services were once reliant on IE’s arcane and proprietary engine and ActiveX, and it was the most widely-used browser for years. Being bundled as the default browser on the most popular computer operating system didn’t hurt. The emergence of Safari, Firefox, and Google Chrome forced developers and Webmasters to consider growing numbers of users who either couldn’t or preferred not to use Internet Explorer, however.

IE’s partial non-compliance with updated HTML and CSS standards (among others) led to sites that were inconsistent or even broken depending on which Web browser one used. Microsoft Edge was released in 2015 to replace Internet Explorer 11, and initially used Microsoft’s browser engine called EdgeHTML. Five years later, the Edge browser was rebuilt to use the free and open source Chromium engine instead.

Even Microsoft 365, the online version of Office, ended support for IE last August, and Google Workspace and WordPress no longer support it, either. For most of us, Internet Explorer’s retirement will hardly register. If you are still using the obsolete and less-secure IE and find yourself having to switch to Edge, you will be able to import your browser data like bookmarks from the older browser.  And if it turns out that you’re using a legacy application or site that insists on IE, well, Microsoft Edge has you covered with Internet Explorer mode. This Windows-only functionality allows Edge to render specified Websites using IE 11’s engine, letting you live in the past for a little longer.

For assistance with migrating your browser data to Edge or setting up Internet Explorer mode (or any other IT needs!), please contact Microwize Technology today!